New extended and refurbished bathroon showroon open in Reading with a wide range of named brand goods on view.

Excel Plumbing Supplies are a member of the National Buying Group giving them access to expertise and ranges of goods otherwise not available to independantly owned groups. 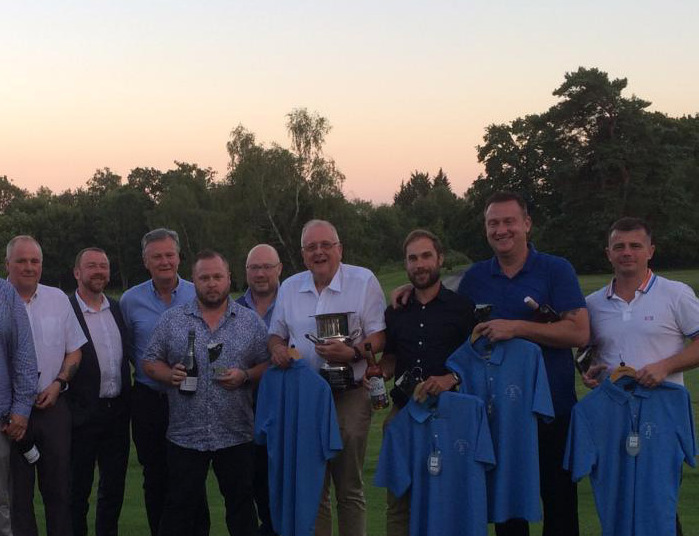 Excel Reading were the winners with Excel Hersham as runners up but the real winners were the Premature Baby Unit at the Reading Royal Berkshire Hospital. This was an event at Calcot organised by the Reading Abbey Rotary Club to raise funds for the unit. The club has a large number of teams and an organisation that brings on youngsters and encourages sport and participation as well as the senior squads.

The roots of "The Vandals' can be traced back to the London School of Economics in the early 1930's when Frederick Monkhouse, and John Scurr, both stalwart forwards in the college first team, encouraged by Capt. R.H. Westington and supported by S.C. Crowther-Smith, and D.H.T. Home, of University College. issued an invitation addressed to all 'rugger' men throughout London University to attend a meeting at the Ship Tavern in Gate St, Holborn, on 18 March 1932. The aim of the Club was announced as: "to add to the athletic reputation of London University and to provide rugger teams for past students".

The first choice of name for the new club, "Vandals RFC' was unfortunately already in use and the RFU advised that the club should therefore be called "London University Vandals R.F.C'. It was not until a few years later that the "London' was dropped. Initially playing on the University's excellent grounds at Motspur Park, Vandals quickly built a reputation with both "old boys' and Home Counties opposition. The vandal of the Club's title was typified by a vulture, depicted as about to take off on full wing and this was adopted as the Club's crest. The Club strip was a black jersey with the symbol on the left breast, dark shorts, and black stockings with purple tops.

While many clubs of the period followed the international practice and awarded caps at the end of the season to outstanding players, the Vandals' committee decided to vary this by the award of honors blazers. These were at first restricted to no more than two per team, one for the backs and one for the forwards, with a special award for the member who, both on the field or off it, was deemed to have shown the greatest selflessness and zest in the Club's interests. One of these blazers, donated by S.C. Crowther-Smith proudly hangs in the club bar today.

The search for a suitable ground for the club had ranged over a wide area of the Home Counties until two members happened upon a property which had been a private zoo, and which was sited on the new island in the Thames, caused by the creation of the 'Desborough Cut'. Possessing excellent buildings suitable for conversion into changing rooms, space for three pitches and a pleasant house capable of providing a bar, tea and club room as well as living quarters for the groundsman, the property, known as "Brownacres' was ideal for the clubs purpose. Freddie Monkhouse and John Scurr, the two men chiefly responsible for the Club's inception, offered to mortgage the property on their own account and purchased the estate for the use of the Club, which would acquire it from them by payment over a period of years. Soon after, Vandals were playing all their home fixtures at Brownacres on one of the biggest and most pleasant grounds given over solely to rugby football in the whole of England, a situation that remains true today.

The club continued to develop after the war with gradual improvements being made over the years. In the late 1950's however, followings a marked decline in the club's fortunes, membership was opened to the local area. The clubs unique changing rooms were conceived in 1967 and opened in 1970.

The mid 70's saw the introduction of junior rugby with youngsters being encouraged to both learn the game and progress in time to the senior sides. From this era, the club now has a thriving and integral mini's and juniors section with a few stalwarts still playing in the senior sides! At the opposite end of the rugby career ladder the late 70's saw the formation of the "Owls'. Aimed at the "over 35's', the Owls today enjoy regular games played in a uniquely sociable atmosphere.

Until the formation of the RFU English League system in the mid 1990's, Vandals played "friendly' matches against neighboring clubs, with occasional forays to London, the Home Counties and abroad. At the leagues inception we were placed in Surrey League 1, until the 1997/98 season, when we were promoted to London League 3 [SW].

On 13th February 2003 the official name of the club was changed to 'Weybridge Vandals RFC' to more accurately reflect our geographic identity.